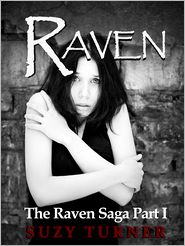 SUMMARY:
After the inexplicable disappearance of Lilly Taylor's parents, she has no choice but to move to Canada where she unravels some frightening yet intriguing family secrets...
Her whole life had been based on a lie. Lilly had grown up in a loveless home with a father who she had barely ever seen and a mother who was... well, not very motherly. After they mysteriously disappear without a trace, Lilly is sent to Canada where she finds a whole new way of life. A life filled with love and people who care for her. But that's not all she discovers, Lilly also finds out that she isn't who, or what, she thinks she is. Lilly has a very special ability and it's just a matter of time before her true self starts to shine. And when it does, her life will never be the same again.

REVIEW:
Lilly Taylor is a young, beautiful girl who has been raised in a lie. Her parents have raised her to think that in a family it's normal to show no affection. That it's normal to eat cold, canned food everyday, and that wearing the same color everyday is a part of life for any normal family. But after returning home from school one day, she finds out that her parents have disappeared and her life changes completely. I don't like giving to much away, so I'll try to keep this review short. Suzy Turner has done a very good job of giving you alot of mystery, a pinch of romance, and a dash of family unity that I found refreshing. This was actually the first book I've read that I can honestly say didn't have an overabundance of romance. It actually had very little romance and a great deal of mystery and I found that to be refreshing.

This book will have you up till late reading and the way that it ends was very well thoughtout. I actually thought that there were going to be some loose ends at the end, but everything came together masterfully. There were some areas that I found alittle boring, but they were very few and far between.

I give this book 4 out of 5 hearts. This is a book that I think many people with a love for the paranormal would really enjoy and I would recommend it to them all.
Posted by Unknown at 12:37 PM