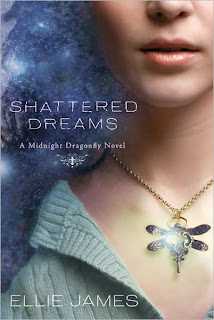 SUMMARY:
Sixteen-year-old Trinity Monsour wants nothing more than to live a normal life. But that isn’t as easy as it seems. Trinity is different. She is special. She sees visions, and for those she’s seen, it’s already too late.
Trinity arrives on her aunt’s doorstep in New Orleans with virtually no knowledge of her mysterious heritage. She begins settling into life at a new school and even starts making friends. But all too quickly her dreams accelerate; twisted, terrifying visions of a girl locked in a dark room. And when the head cheerleader, Jessica, goes missing, Trinity knows she has no choice but to step forward with what she’s seen.
But people believe that Trinity has information about Jessica’s disappearance not because of a dream, but because she is involved. She is kind-of dating Jessica’s ex-boyfriend, Chase, and Jessica did pull a nasty prank on Trinity. Revenge seems like the likeliest scenario.
Nothing prepares Trinity for the dark odyssey that ensues while searching for Jessica, including the surprising romance she finds with Chase, or the shocking truths she learns, not just about the girl who has gone missing, but the past that has been hidden from her.


“A haunting and engaging story with characters who will stay with you long after you finish the book. Ellie James is a debut author you won’t want to miss.” -CC Hunter, author of Born at Midnight
“Mesmerizing! With Shattered Dreams, Ellie James has woven unforgettable characters and dark elements into the richness of New Orleans to create a beautifully haunting tale that will stay with the reader long after she turns the final page.” –Rachel Hawthorne, author of the Dark Guardian series

“The first novel in The Midnight Dragonfly series takes flight with a powerful mix of mystery, magic, and romance. SHATTERED DREAMS is an entrancing debut brimming with all the things that make New Orleans unforgettable!”--Shannon Delany, author of the 13 to Life series

(as found on Amazon.com)

Who want to live a normal life?? Everyone!!  You want great friends you can hang out with, a big family, and the obvious, a really great looking boyfriend. That's all Trinity Monsour wants too. But from a very young age, she has been having visions. She saw her dog die days before it actually happened. The thing about these visions though is that once she's had it, its usually to late for her to do anything about it.

To make matters even more complicated for Trinity, her grandmother who raised her, never wanted to talk to her about her parents. Talking about how they died was almost forbidden. But after her grandmother also passes away, she goes to live with her aunt who also doesn't like touching that subject either.

Shortly after Trinity is badly pranked by Jessica, she (Jessica) goes missing. Now what happens when Trinity starts having visions about Jessica?? Will people believe Trinity when she tells them about her dreams?? Will they accuse her of Jessica's disappearance?? Will Jessica be found alive?? Will her aunt trying helping her with everything that's going on and start opening about about what happened to her parents??

This book had me asking myself ALL these questions. Ellie James did a really good job of researching the history & mysteries of New Orleans. Even though there were times where the writing would throw me off a bit, the darkness of the book itself would captivate me in a way that I found it very dificult to put the book down. I didn't like that there were to many breaks in the writing style itself, but other then that I liked everything about Shattered Dreams.

I had a feeling that the book would have some type of cliffhanger ending, and I was right. The "Million Dollar" question though, is would I read the sequel. The answer is very simple. Yes.