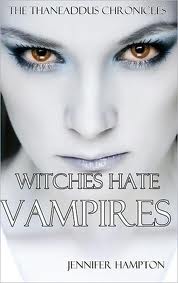 SUMMARY:
Tasmin McCaw is not your average human. In fact, she’s Witch. She made the discovery when she was twelve. The war with Russia has become so corrupt, that it’s robbed man of their humanity. Tasmin’s family fall victim to the wrath of ruthless soldiers. They've come to deploy the men in her family onto the battlefield. They remove her father and only brother from their home, but that’s not all they wanted. The night turns tragic when the soldiers decide to attack Tasmin and her mother. However, Tasmin’s wrath is a bit more intense than the soldiers anticipated. Tasmin is an adopted child and she’s a descendent from a very powerful bloodline of witches. Tasmin’s power strikes tragedy on the soldiers and saves her mother.
Now, as refugees, Tasmin and her mother must flee to The Dark Coast where prosperity reigns. A place where the world is ruled by constant cloud cover. A place where Tasmin will never see the sun. The one place where rumors circulate that creatures like her walk the lands. However, Witches aren’t the only creatures that roam the Dark Coast. Tasmin encounters a very arrogant and powerful Vampire named Adrian. For the first time, Tasmin’s powers, her humility, and her rage will be tested. Witches hate Vampires, but Adrian has fallen in love with her. Can her feelings surpass the loathing for the one creature Witches have grown to detest?

REVIEW:
Just like the summary says, Tazmin is ANYTHING but your average teenager. After her father and brother are unwillingly deployed to battle, the soldiers come back the their house for her and her mother. But when they return, it isn't in a very friendly manner. Both mother and daughter dont talk about what happened that day, not only because of what the soldiers did, but also because of Tasmin did without lifting a finger.

Years later, Tasmin and her mother move away to The Dark Coast where they can start fresh. But that doesn't last very long when Tasmin runs into Adrian who decides to make her first days there, a bit dificult to say the least. After some time, (and some apologizes) they get to know each other better, and curtain changes take place.

I dont want to give to much away about this novella because its really short. But, I'll be honest when I say that even though I read it in 2 days, (it could have been one, but I have alittle girl to take care of...) I didn't want to stop reading. Would I recommend this book to friends of family? Without a doubt. Do I think it could have been longer? Yes. And even though there are many grammatical errors, and one or two redundancies, you have to take into consideration that Jennifer hampton doesn't have an editor, we are human, and we all make mistakes. I found this book, even with it's errors really nice.

Rating?  4 hearts. It's fast paced from the very beginning and I'd love to read book 2.